Nickel is a chemical element with symbol Ni and atomic number 28. It is a silvery-white lustrous metal with a slight golden tinge. Nickel belongs to the transition metals and is hard and ductile.

Zinc, in commerce also spelter, is a chemical element with symbol Zn and atomic number 30. It is the first element of group 12 of the periodic table. Lead is a chemical element in the carbon group with symbol Pb and atomic number 82. Lead is a soft, malleable and heavy post-transition metal

Ammonium bicarbonate is an inorganic compound with formula HCO₃, simplified to NH₅CO₃. The compound has many names, reflecting its long history. Chemically speaking, it is the bicarbonate salt of the ammonium ion. Caustic soda flakes manufactured by Aditya Birla Chemicals are free from foreign matter, dirt or other visible impurities. The product is widely used in the textile, soaps and detergents, pulp and paper industries and in alumina refineries.

Hydrogen peroxide is a chemical compound with the formula H 2O 2. In its pure form it is a colorless liquid, slightly more viscous than water; however, for safety reasons it is normally used as an aqueous solution. 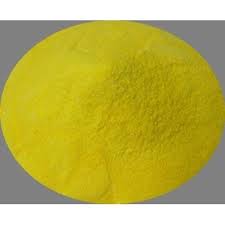 Aluminium chlorohydrate is a group of specific aluminium salts having the general formula AlₙCl₍₃ₙ₋ₘ₎ₘ. It is used in deodorants and antiperspirants and as a coagulant in water purification. The light grade has a bulk density of ~0,5 t per m3. The D50 of approximately 100 microns is very well suited for detergent and chemical applications. Sodium dithionite (also known as sodium hydrosulfite) is a white crystalline powder with a weak sulfurous odor. It is the sodium salt of dithionous acid. Although it is stable under most conditions, it will decompose in hot water and in acid solutions. Sodium nitrate is the chemical compound with the formula NaNO₃. This salt is also known as Chile saltpeter or Peru saltpeter to distinguish it from ordinary saltpeter, potassium nitrate Sodium sulfate is the sodium salt of sulfuric acid. When anhydrous, it is a white crystalline solid of formula Na₂SO₄ known as the mineral thenardite; the decahydrate Na₂SO₄·10H₂O is found naturally as the mineral Stable bleaching powder is marketed under three brand names – Vikram, Shaktiman and Lion. It is used as a disinfectant in water treatment and also in the textiles, pulp and paper, and carpet industries. Trisodium phosphate is the inorganic compound with the chemical formula Na₃PO₄. It is a white, granular or crystalline solid, highly soluble in water producing an alkaline solution.

Consult not your fears but your hopes and your dreams. Think not about your frustrations, but about your unfulfilled potential. Concern yourself not with what you tried and failed in, but with what it is still possible for you to do.